I was adopted three months after my birth in 1943 by a woman in her late thirties who had suffered two still-births and one or two miscarriages because of a condition known as pre-eclamptic toxaemia. I was very much a substitute baby, a replacement for the stillborn babies to which she referred on a number of occasions during my childhood. She was then still mourning their relatively recent deaths. In wartime, she was at home alone, my adoptive father serving in the armed forces, and she later told me that she found me, as a baby, difficult to manage. About a  year later, she was pregnant and, after a long time in hospital, my brother was born, the war ended, her husband was demobilised and our family was complete. But my role as a replacement child was now usurped by this natural son, my little brother. I grew up very confused and uneasy about my own identity. Even as a baby, I learned to smile so that the world would smile back to me but underneath there has always been darkness, misery, loss and uncertainty though on the surface there is apparent adjustment.

I spent many years in therapy struggling to understand the legacy of my infancy and childhood. I know that many adopted children are substitutes for unavailable or lost natural children but it must have been disconcerting to find myself not only a replacement but a replacement child replaced by a natural child. Unsurprisingly, I have always felt and still feel fundamentally invalid, bogus, unable to own and relish the talents that I have, and seeing my whole life as an act. But gradually I came to realise that there was a more fundamental source of loss and deep distress, lying behind my experience as a replacement child, and I sought to discover all I could about my birth parents. I wrote extensively, but very privately, about the situation surrounding my birth and my feelings about it all and in middle age I met my surviving half-brothers, my natural and adoptive parents having died by then. It became clear that I had not received any maternal response or feelingful care from my birth mother. To address that realisation and to define and refine the feelings evoked by what I know and feel about my infancy, I have begun a series of poems addressed to each of my birth and adoptive parents. This is the first one.

Letter to my birth mother 2021

Half-formed, the hand that types these words,
Punched the waters of your womb,
My mother.
The mind mouthing these lines
Was the same self that felt in utero
Your dreadful will to ignore
Panic, distress and ‘to get through’,
Though tangled in the archetype of war
Seventy-eight years ago.

Then it was anger, resentment, regret,
A price that had to be paid,
Unwanted weight to drag you down,
A burden to be brought to birth;
Unloved lovechild
Not to be gazed upon,
Soon to be passed on.

Now in twenty twenty-one,
The masked world shrinks
From covid’s deadly droplets
Fears unsanitised touch
The whispering of faceless voices,
Ventilator failing and breathless death.
But when you were pregnant with me
In nineteen forty-three
Panic of blackouts and bombs,
Sirens and screams,
Lacerated limbs, blasted death
In collapsed buildings.

Your old man stuck in a POW camp,
Your boys sent to safer South Wales.
You, alone in Dover
Touching the nerve frontier
Of landings and invasion,
At a dance met Fred
Clutched at a moment of love,
Took him home to your bed.
Together, you and he
Conceived, unknowingly, me.

‘It was not a casual affair!’
Pronounced Bill, your eldest –
Just eighteen in forty-three –
Some fifty years later
When he showed me Mabel’s Dover.
‘That was the love of her life!’

He pulled up in a housing estate
Pointed to an upstairs window:
‘Ninety-nine per cent certain
You were conceived
Behind that curtain!’
Later that day, in the cemetery,
He left me alone to
Stand silent at your grave.
I tried to summon some feeling.
Read instead your father’s gravestone.
Three months dead at my coming.

With what shock of regret did you know
You had sparked me into life?
Hidden, unbidden, I felt
In the troubled thump of your heart,
In the swish of your blood
The steady sigh of your breath
How hopeless and sad
Must be my birth.

Required by propriety to hide
Conflict inside,
Irreconcilable loyalties,
You put on a brave face and took a break
From the bombs and blasts of Dover
To visit your sister-in-law Nell
In the green hills of springtime Shropshire.

I guess I lay greedily growing
While the furies raged around you.
Did I reach the air to breathe and find
Your face turned from me?
You did what you thought was right,
Kept the rules,
Stifled maternal feeling
From which, in just three years,
Tuberculosis suffocated you to death.

Of that heavy knowledge and compliance
That deep and empty well of need
I have borne the burden ever since. 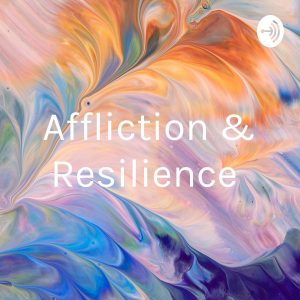 A Thank You Letter